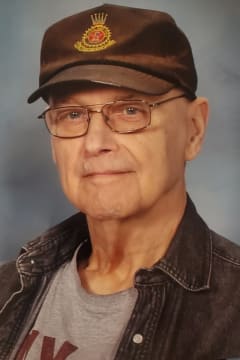 William Elliot Earl Smith, resident of Grande Prairie, AB, passed away on Monday, January 9, 2023, surrounded by loved ones at the age of 77 years.

As an adult, William jumped from job to job until he hit the age of 21 when he joined the U.S. Army. He fought in Vietnam from 1967 until 1970. He was part of the communications (signal) core, and it was in Vietnam that he found the Lord and strove to live a life free of sin. From 1973 -1975 he was stationed in Korea, actively serving his country.

By mid-1975 he decided he wanted to become an army chaplain and enrolled in college. While William was attending seminary at George Fox College he met his future wife, Ruth Schlinger. They were married in September of 1976, and filled the household with 4 children.

In 1976, William joined the Salvation Army, as a regimented lifestyle was now second nature. Through the next years William remained with the U.S. Army serving through both active duty and the Army Reserves. By his retirement in 2006, he had served in over 20 different countries and two wars including the Gulf War in the early 1990’s.

He moved his family to Canada in 1988, and resided there ever since. While in Alberta and British Columbia, William continued serving in any capacity needed of him with the Salvation Army, until he could serve no more.

William Smith was military through and through. He loved to teach and disciple anyone that was hungry for knowledge. William became a scholar, he was always writing the next sermon, or class that he hoped to teach next. William grew up in a non-Christian home, however, he had the pleasure of leading both his parents to the Lord before they passed. William left an impact on those he met, there was no doubt that he loved Jesus, and that he loved his family. He will be missed.

He was predeceased by both his parents, his sister Kathleen, and his brother Charles.

Memorial Donations may be made to Salvation Army Community and Family Services, as that was a large portion of his life (9615 102 St., Grande Prairie, AB, T8V 2T8).