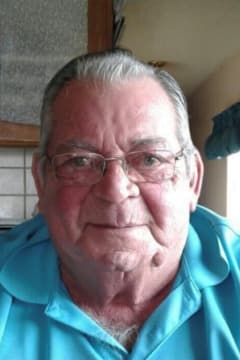 It is with great sadness, we announce the passing of Stan Walega, resident of Clairmont, AB. He passed away peacefully at the Grande Prairie Regional Hospital on Thursday, January 19, 2023, after a lengthy illness, at the age of 79 years. He is now at peace.

Stan was born in Grande Prairie and raised in the DeBolt, AB, area. He was a farm boy when he met and married Gloria in 1962. They stayed on the farm for a few more years, then moved to Grande Prairie where he raised his family and started a career running heavy equipment.

Stan became well known in Grande Prairie for his exceptional equipment operating skills. He started his career at Ken’s Trenching around 1966, where he first learned to run track hoes which lead him to known as “Stan the Sewer Man”. There wasn’t a water or sewer leak he couldn’t fix.

He took a break from construction in the 1980’s and went to work with Timberline Haulers, loading logs for about 6 years. It was an experience he talked about for many years after. His love of construction work led him back to heavy equipment operator at Reco Construction in Grande Prairie. Stan ended his career in 2018, when his health started to decline and he was no longer able to work. So there were a few years he was able to spend quality time with his family.

Stan was also an avid hunter and camper for many many years. He loved nothing more than walking for miles and miles trying to find the perfect moose to bring home for Gloria to cook. Setting up tents, cooking on a campfire, sitting around the fire, and listening to his same old stories over and over again is a treasured memory we will carry with us and never forget.

One of Stan’s favorite things to do was to sit around his kitchen table with a good BS session, a few good jokes, and sharing drinks with family and friends.

To those who knew and loved him well, have a drink and raise your glass to Stan. He will be missed by all. He is together again with his son and is now at peace.

Stan was predeceased by his son Calvin Walega on January 6, 2021.

As per Stan’s wishes, there will be no funeral service. A family and friends get together will be held at a later date.