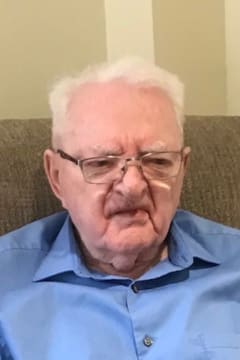 Pierre Rene Lamour, resident of Grande Prairie, AB, formerly of High Prairie, AB, passed away on Saturday, September 10, 2022, at the age of 89 years.

Pierre, the first of five boys, was born on January 20, 1933, in Plouarzel, France to Jean Marie and Anne Marie Lamour. He grew up learning the family bakery business and decided to move to Canada in 1952, at the age of 19. Pierre worked in Montreal and Saskatoon before purchasing his own bakery shop in High Prairie. His baking skills included everything from bread, buns, and donuts, to fancy pastries.

In 1986, Pierre moved to Nanaimo, BC, and took on running three Orange Julius franchises with the help of his companion Betty. In 1996, they moved to Grande Prairie to retire and be closer to Betty’s family.

Pierre loved his sweets, especially dark chocolate. His shirt pocket was always filled with candies or chocolate, along with a piece tucked into his cheek.

Pierre will be sadly missed by his family in France and friends in Canada.

Pierre was predeceased by his father Jean Marie; mother Anne Marie; brothers Eugene and Louis; as well as his companion Betty.