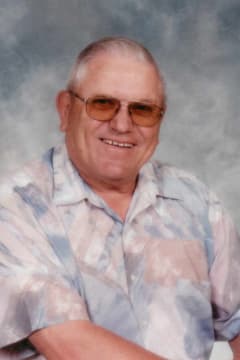 Patrick “Pat” John Garrett, resident of Grande Prairie, AB, passed away in the early evening on Thursday, June 9, 2022, at Prairie Lakes Seniors Community in Grande Prairie, at the age of 84 years.

Pat was born January 30, 1938, in Grande Prairie to John and Bridget Garrett (nee Doyle) and was raised in part by his Aunt Alice and Uncle Bill Garrett upon his mother’s passing. Pat was an only child and left school after grade 8 with the idea of getting to work. He had taken up boxing as his sport of choice, and purchased his first truck when he was only 19.

Pat loved to live, which made the final years with dementia even more heart crushing. He was the first one awake and out the door in the morning. Whether for work or on holidays, Pat was out checking the happenings and coming up with a game plan for the day. Either things to get done or things to check out, he would be eager to tackle any project and call-in help when needed. This “early bird gets the worm” characteristic helped him land work in his early days and allowed him to get work done so he could go fishing, play golf, go sledding, play with the grandkids, play cards, or visit with those that were important in his life. Never one to overstay his welcome, Muriel, his wife would only be able to finish a half a cup of coffee before it would be time to get going.

Pat was known for Cutbank Trucking and he was truly a trucker at heart. However, his profession could better be described as an opportunity maker. Whether providing employment in the different businesses for which he was a part of, or funding other people’s endeavors. He was generous but not foolish and was able to combine the special ingredients of profitability, accountability, acceptance of failure, and a get it done attitude that made Pat successful at his undertakings. He was kind at sharing his wisdom and humble to let you try it your own way, which was just another way for him to share his knowledge.

Pat was truly a kid at heart and loved to entertain and play with any that would join him. From the neighbor kids to his grandkids, to his friends in mischief; all were touched from his kindness and fun-loving nature. He would seek adventure as often as he could, from travelling to different parts of the world, to flying planes, going on fishing trips, driving boats, quads, sleds, tractors, or anything else with a motor in it. Even as Pat’s dementia took hold and limited his ability to drive, he found great joy in riding his electric scooter. He was always on the go, with adventure just ahead. Pat lived life fully and loved his faith.

He is survived by his loving and caring wife Muriel (Patrick) of 61 years; son Kevin; daughter Karen (Kevin) Willsey; grandchildren: Kayla, Sabrina, Raeanna, Jake, Jenna, Julia, and Max; as well as many other family members and close friends.

The family wishes to thank all of those who helped care for Pat, including the staff at Prairie Lakes Seniors Community, the QEII Hospital, and special friends who visited regularly. Blessings to each and everyone.

A Funeral Mass will be held on Monday, June 20, 2022, at 10:00am, at St. Joseph Catholic Church (10404 102 St.). As Pat was one to grumble about wearing a tie, we ask that no ties are to be worn to the service. A luncheon will follow, and a private interment will take place in the early afternoon.

In lieu of flowers, Memorial Donations in the memory of Pat Garrett may be made to the Salvation Army Community and Family Services (9615 102 St., Grande Prairie, AB, T8V 2T8), or to a charity of one’s choice.