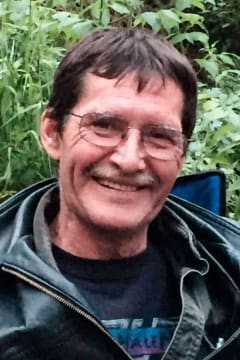 (Murray) Ross Salter, resident of Fort McMurray, AB, passed away on Friday, April 29, 2022, after a brief illness. He was surrounded by loved ones at the time and was 62 years of age.

Ross was born in Lloydminster, SK on September 14, 1959, to Walt and Lee Salter. The family moved to Grande Prairie in 1962 where Ross grew up, played hockey, swam competitively, and attended school.

As an adult, Ross became a plumber/pipe fitter and worked in that field.

He married the love of his life, Debbie, in 2007. They could often be found enjoying life with many friends. He liked camping and fishing. He was generous, kind, and loved his dogs.

He was predeceased by his daughter Lisa Salter, and nephew Brennan Comis.

Ross was laid to rest on June 25, 2022, in Edmonton at a family ceremony near the grave of his daughter Lisa.