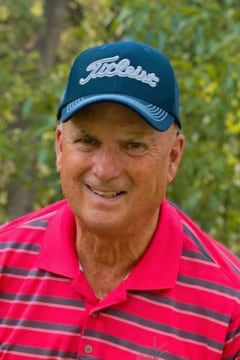 Murray Robert Gummer, resident of Grande Prairie, Alberta passed away on August 20, 2022, at the University of Alberta Hospital in Edmonton with his family by his side at the age of 72 years.

Murray was born on May 18, 1950, at Johanna's Maternity Home in Sexsmith, AB. He completed grades one to ten in LaGlace, AB and carried on to Sexsmith to finish high school.

Murray immediately entered the workforce and was approached by friend Jack Berg to join him in the insurance industry. He spent over 40 years in the field he loved. Murray “retired” in 2015 but somehow managed to acquire a nearly full-time job driving vehicles for the local dealerships and rental companies. This was totally Murray as he loved to travel.

He was active his entire life. Murray could be found curling every winter (he was a decorated Curler and represented Alberta at the Brier in 1982). He spent his summers golfing and biking. His true passions in life were the Yankees, the Montreal Canadiens, and his beloved grandchildren. He could be found at the swimming pool cheering on Brittyn and Cade with a stopwatch in hand or on the floor playing with Kolby or Keatyn. Blanket rides were a hit. His signature move, though, was making ice cream cones for all the grandkids. Maple Walnut and Neapolitan were always available.

Murray was easy to laughter, enjoyed social settings, had the patience of Job and his kindness had no bounds.

He will be sadly missed by his wife, Janet; son, Richard (Lindsey) and their children Kolby and Keatyn; daughter, Reanne Talbot (Derek Van Tassell) and their children Brittyn and Cade Talbot, Caeden, Atom and Grayson Van Tassell. His sister, Frances Graydon and stepsister, Helen Doering and their families, the large extended Doll family and numerous nieces, nephews, cousins, and friends, including Brittyn and Cade's father, Dale Talbot.

Murray loved the little things in life with Janet by his side. A perfect day started with morning coffee discussing all things happening in the world with heavy emphasis on sports and his beloved Yankees. She was brought up to speed on scores and stats, pitching rotations, injuries, and current and possible future trades. Recently, completing Wordle and who did it quicker was added into the routine. A long bike ride and golfing in the summer months, curling and walking the Eastlink track in the winter months, driving Brittyn to the pool, his daily “signature Murray Caesar” and a good meal brought him joy. A perfect day ended by a doting Murray bringing Janet a hot cup of water.

Murray had many perfect days!!

The funeral will be held on Friday, September 9, 2022, at 10:30 a.m. at St. Joseph Roman Catholic Church, 10404-102 St, Grande Prairie, Alberta (lunch to follow). An informal gathering to celebrate Murray's life will take place that evening at the Grande Prairie Curling Centre at 7:00 p.m.

A Livestream of the service will be accessible 15 minutes prior to the service on Murray’s obituary on Oliver’s Funeral Home website. *Please note, the link will take you to Oliver's Facebook page, as it will be on Facebook live.*