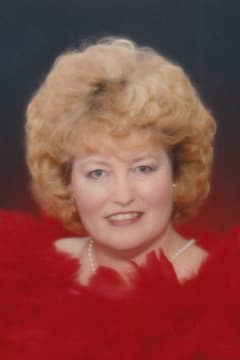 Linda Foley, resident of Sexsmith, AB, formerly of the Webster community, passed away on Tuesday, December 28, 2021, at Prairie Lake Hospice in Grande Prairie, AB, at the age of 75 years, after an unwavering battle with cancer.

Linda was born in Melfort, SK, on February 16, 1946, to Ernie and Evelyn Buckton (nee Chatfeild) and was the eldest of seven children.

She met Laverne Foley and he would become her husband and best friend of 54 years. They met in the spring of 1967, and he proposed to her that summer when they took the Sky Tram to the top of Whistler Mountain. They were married that November on the 25th and it was the start of a great adventure and love story.

They bought the farm in 1974, and set down their roots. They raised 4 children. They bought some horses, chickens, geese and cows. She learned to milk, separate cream and make butter; she had a creamery quota and sold the milk and cream. Linda was not scared to try anything and learned to drive a tractor and bale hay. Over the years Linda and Laverne were proud to breed, show and raise Arabian horses. They went on countless adventures to the mountains where many memories were made.

Linda was a selfless mother, she provided opportunities whenever she could and encouraged the kids to take part in 4H and other interests. She loved to sing and dance, they had many good times at the Webster Hall with friends and family. She enjoyed singing along to the guitars around the campfire with her beautiful voice.

She loved to read and learn, she earned her social work certificate going to college and 22 years employed at Odyssey House. She also volunteered for the suicide prevention phone line and then in her later years, worked at native counselling until her retirement.

Linda’s care never stopped at the love of her family; around this time they became foster parents and helped many children learn the love and security of family and experience adventures on the farm.

Horseback riding in the mountains, quad and side-by-side trips and cruises were just a few of Linda’s favourite escapes.

She was a guiding light with her smile, hugs, quick wit and her way with words. She opened her home to anyone who needed it and always provided a warm meal and comforting words. She will be so missed by many countless lives that she shared her time with.

Linda would tell you to not waste the time that we are not promised. Spend time with loved ones and live life to the fullest.

She will be sadly missed by her husband Laverne (of 54 years); daughter Rhonda (Rick); sons: Devin (Colleen), Trevor (Rowella), and Brandon (Kerrie); grandchildren: Nicole, Dakota, Brittany, Jenaya, Payton, Cassandra, Wyatt and Kaitlynn; as well as great-grandchild Wilder. She is survived by a very large family of brothers, sisters, in-laws and their families.

A Funeral Service will be held Saturday, January 8, 2022, at 2:00pm, at the Immaculate Conception Catholic Church in Sexsmith. The service will be limited to immediate family.

A Livestream of the service will be accessible 15 minutes prior to the service on Linda’s obituary on Oliver’s Funeral Home website.

An Internment at Webster Cemetery will be held at a later date.