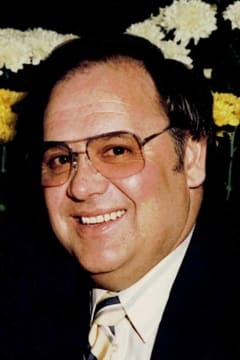 James “Jim” Alexander Wald, passed away suddenly on Thursday, November 17, 2022, at the Grande Prairie Regional Hospital, at the age of 85 years, due to contracting Covid and a resulting Kidney failure.

Jim was born in Cremona, AB, August 6, 1937, to Peter and Elizabeth Wald. When he was young, the family moved to Winfield, AB, where his parents opened up a small store called ‘Wald’s Meat and Grocery’. While growing up, Jim enjoyed helping out after school at whatever chores needed to be done, and working at the grocery store. He attended junior and senior high school in Winfield and worked at various jobs in the area. In 1959, he met Ev Wegner, and in 1960 they were married in Edmonton, AB.

In the fall of 1960, Jim and Ev moved to Grande Prairie. Jim did some welding for Bill Rutberg, and the same winter worked for Earl and Anne Johnson (his brother in-law and sister). In 1961, he purchased his first truck, and hauled lumber for the Oilund’s; Issac, and Esau, and the Hansen and Reynolds Mill.

In 1966, he partnered with Le and Anne Sauder, purchased his second truck, and formed Timberline Haulers. Jim worked for 12 years hauling wood for Canfor, where he worked with Chris Anderson and Bill Manary.

In 1968, Jim and Le formed a new company called Norwood Disposal. That year Norwood Disposal bid a job for the City of Grande Prairie, which was continually renewed for 17 years. Also, beginning in 1968, and for five years, the log trucks were converted every summer into gravel trucks. From May to November every year the family would move to the Yukon, between Whitehorse and Dawson City. The gravel contract was with Ernie and Grace Lobe, of E. Lobe Contracting, and consisted of straightening sections of the Alaska Highway.

In 1974, Jim and Le were offered a contract with Proctor and Gamble and later Weyerhaeuser. The contract for Timberline Haulers and Evergreen Loading was continually renewed for 22 years, until 1996. The partners in Evergreen Loading were Carl and Sonja Oilund, and Lester and Alexa Oilund, who both retired around 1984.

Jim joined the Masons in the 70’s, and also joined the Shriners and the Grande Prairie Rotary Club in the 1980’s.

Jim and Ev also enjoyed Club 54, a dance group of 108 members, and attended every third Saturday of the month, downstairs in the Golden Star Restaurant. They would dance to the Swinging Doors Band, and Jim became a very good dancer (much to his chagrin).

Jim encouraged both Greg and Grant to find their own work independently, and he was extremely proud that they would both become Professional Engineers.

In the early 90’s, Jim partnered with Gord and Pearl Fee, and obtained the contract for the Grande Prairie Public School Bus program to transport students and hockey players. The contract was renewed annually for many years, and the bus company was sold 12 years later.

Jim enjoyed his work and would often comment ‘what a great journey in life he had’. One week earlier he was driving to work daily, and at 85 years old was usually seen running Reco’s large D7 Cat, typically between 4 to 6 hours a day. Up until he got sick, he always enjoyed going to Reco every day, and helping out in whatever capacity he could.

Jim’s hobbies were: working, hunting, and fishing with his best friends. He enjoyed his time with his hunting trailer (which he called ‘Chateau Atco’), and the river boat. He also enjoyed pulling the boys and their friends water skiing with the lake boat, which he named after his favorite song, ‘The Gambler’, by Kenny Rogers. One of his other favorite songs was ‘Islands in the Stream’ by Kenny Rogers and Dolly Parton. Ev says, “Our journey through life together was great.” as Jim was always willing to try something new. He enjoyed the trips to Jasper, AB, and Banff, AB, skiing, golfing with friends in California, USA, and his membership in the Grande Prairie Golf club.

For over 20 years Jim and Ev enjoyed travelling around the world, especially around Canada and the USA in their motorhome, and spending their winters at their second home in California.

Jim was predeceased by his sisters Caroline and Adeline.

Our family would especially like to thank Alberta Health Services, EMS, and the Fire Department for their assistance, caring, and concern during Jim’s final days. A special thank you to Dr. Dingeldein and Dr. Keegan. We would also like to thank Dr. Bertozzi, for his concern over Jim’s wellbeing.

A cremation will be held, as per Jim’s wishes, and there will be no funeral.