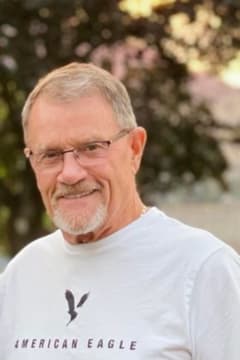 With unbearable, sadness we also have to announce the passing of our Hero, our father Jack Thomas Thomson, resident of St. Albert, AB, formerly of Grande Prairie, AB and Quesnel, BC, sadly passed away Thursday October 21, 2021, at the age of 80.

Jack was born in Quesnel, BC on February 2, 1941. As a young child, Jack spent many years in Alexandria and McLeese Lake area. At a very young age Jack decided working and driving truck was for him, and he never wavered. He quickly became the employee everyone wanted. He took great pride in his work, always going above and beyond and making everyone around him, better. Jack had a son named Rollie, and would later meet the love of his life, Sharon. Jack and Sharon were married for 46 years and would go on to have two more daughters, Marlee and Jacqueline. After years of logging in Quesnel, Jack landed an opportunity with his company South Caribou Enterprise, logging for Weyerhaeuser in Grande Prairie, AB in 1995.

Jack and family would plant roots in Grande Prairie for the next 26 years. He made many lifelong friends while working and living in Grande Prairie, ones he always remembered and talked about often, as he himself was adored and respected by all he met along the way. Jack’s honesty, loyalty, kindness, and TRUE work ethic, is only part of what makes him a genuine legend, many happy years were spent doing the things he loved. Coaching softball, fishing on the ocean, skiing, and working to name only a few. In the later years, as work slowed down a bit, Jack and Sharon loved to travel, take in as many NASCAR races as possible, and camp! Many happy nights were spent around a campfire with the people he loved, and regularly having happy hours “one more night cap" with his brother in-law at Pigeon Lake, until the sun was peeking through the trees.

As his children grew, Jack took great joy in spending time with his grandchildren. Countless hours were spent working outside with them, motorcycles, sports days, in hockey rinks and ski hills, or out camping together in their bus (aka motorhome). Jack and Sharon eventually made the move into St. Albert to be closer to family (and their youngest grandsons) in 2018, and spent their remaining years happily doing the things they loved.

After the loss of his wife Sharon, in October of 2020, Jack was encouraged by his family to live out his dream and purchased another diesel pusher bus, and head to warmer weather. Jack's final days were full of joy and excitement, he never slowed down, not for a minute.

Jack will be so greatly missed by his children: Rollie Thomson (Shelley), Marlee McAdie (Shawn), and Jacqie Wheeler (Ryan); as well as his grandchildren: Colton, Kaiden, and McKenna Thomson, Dylan Thomson-Smith and Mason Smith, and Grady and Brexton Wheeler.

He was predeceased by his father Scotty Thomson, mother Agnes Bourelle, and his wife Sharon Thomson.

A joint Celebration of Life for Sharon, along with her husband Jack, will be held on Saturday, June 25, 2022, at 1:00pm, at St. Joseph Catholic Church in Grande Prairie (10404 102 St.). Lunch and refreshments to follow.
Of course, there will also be an evening gathering to share a happy hour “toddy” drink in Sharon and Jack’s memory at the Crown & Anchor Pub, at 7:00pm.

Photos, memories, and condolences and be shared with the family through email jacqiewheeler@hotmail.com, or on the Facebook memorial page “In loving memory of Jack & Sharon Thomson”.