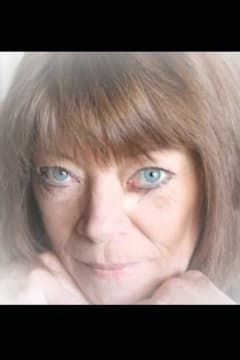 Dawn Lorraine Keddy (nee Sanford), resident of Grande Prairie, AB, passed away peacefully at home at the Grande Prairie Care Center on Saturday, January 1, 2022, at the age of 65 years.

After a tremendous ten-year battle, she finally decided it was time for peace, set aside her weapons and went home. Some things should be short and sweet, but Dawn’s children, siblings, family and friends would surely disagree. Although she was only 65, Dawn packed a whole lot of living in those short years, leaving us all wishing we had more time.

Dawn was born in Windsor, NS, on April 22, 1956, to Daisy (Crossley) and Cyril Sanford, and was the youngest of three adored children. She grew up with her brother Phil and sister Jackie in Three Mile Plains, NS, where they still reside. Her happiest memories are in that little house in TMP.

She was a young wife and mother, married Gerald Whitehead (deceased) of St. Croix and had two daughters, Jennifer and Christine. After their divorce she re-married. Her second husband, Donald Keddy (deceased) gave her a third daughter, Sarah-Leigh and three step-children: Ralph, David and Nancy (Lockhart) Keddy, who she loved and cherished greatly.

As a young mom, she didn’t finish high school with her peers, however, in her 30’s when her children were less dependent, she decided to achieve her lifelong dream of becoming a nurse. She graduated from NSCC Hants Campus with honours from the LPN program in 1993. She practiced at the Windsor Elms where she made many lifelong friendships she treasured to her final days. After she retired from Nursing, she moved to Fort McMurray, AB, working in the hospitality industry, to be closer to her baby, Sarah. She became head housekeeper at the Quality Inn, before returning home to Nova Scotia for a time, then finally moving to Grande Prairie in 2018.

Throughout her life, she was an avid dart player, and a pretty good one, according to the trophies and plaques about the house. She played in many leagues and on many teams, and anywhere there was a game. She kept her darts in her purse, just in case.

She was a powerlifter for a time, training and competing, winning awards and setting records. This tiny woman was a force to be reckoned with.

She loved a good game of bingo and enjoyed spending time with Cheryl (Chickie) MacBurnie and her favorite sister in-law, Patricia Hunter in Bingo halls around Hants County.

Dawn loved being outside, taking great pride in growing vegetables in Pictou County, a hard feat some might say, but her gardens always produced, and she loved doing it. If she had a sport, it would be fishing. She spent lots of time on the water, chasing but never catching that big one. Give her a rod, reel and some tackle, and she could spend the whole day casting and reeling. When she got sick, it was the one thing that gave her peace. (Thank you Stevie).

It would be remiss of us not to remember her love of dancing and music. It was a rare weekend you wouldn’t find her and her best friend for life, Joyce Whitehead, tearing up the scene at Legends or some other joint, just laughing and dancing until the place closed. She knew how to laugh, and how to have fun, bringing us all into her light when we would all get together. She met the love of her life Larry Naugler during one of these party nights, and he was never far from her thoughts, although life carried them in different directions.

She was racy and funny, a character and a constant, colorful and stunning.
She loved fiercely, the quintessential “mama bear”. There will never be enough words, to sum up, a life like yours. We will forever love and miss you, ole Momsie. Nothing will ever be the same.

Dawn is survived by her daughter and primary caregiver Jennifer MacDonnell, her husband Ron and their children: Taylor Lawrence, Kelton and Rowyn MacDonnell of Grande Prairie; daughter Christine Hite and her children Lauren Palmer and Hannah Hite of Radford, Virginia; daughter Sarah Leigh Luce, her husband Shawn and daughter Isla of Malaysia; sister Jackie Sanford; brother Phillip (Valerie) Sanford; as well as great-grandchildren, and an extended network of family and friends who will miss her dearly.

She is predeceased by her beloved parents.

A Celebration of Life in honour of Dawn, will be held in Windsor, NS, summer of 2022 with date and location to be updated at a later date. She loved a party, and we aim to give her one.

Dawn will be interred with her parents in Cheverie. Cremation has taken place in Grande Prairie, entrusted to Oliver’s Funeral Home.

We would like to especially thank the loving staff of Grande Prairie Care Center who cared for Mom as one of their own and made her feel a part of the team. She loved to talk about whipping those girls into shape. We are eternally grateful.

“When you died, the world was silent, but when I remembered who you were before cancer, the world sprang vibrant with life once more.”