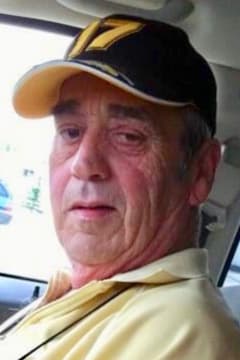 Dale Unger, resident of Grande Prairie, AB, formerly of Wembley, AB, passed away on Monday, November 22, 2021, at Prairie Lake Seniors Community, at the age of 70 years.

Dale was born on October 3, 1951. For the majority of his childhood, he grew up in DeBolt, AB, with his three brothers. He met Gloria in Wembley, married, and started their family in 1973. The children were raised in Wembley, and they stayed there until moving to Grande Prairie in 2007.

Dale worked for the Alberta Wheat Pool for 28 years, then Rainbow Transport for 8 years, up until his stroke in 2010. He then spent his remaining years at Prairie Lake Seniors Community. He was also a founding member of the Lions Club in Wembley for 30 years.

If you knew Dale, you would know that he was a man of few words. You may find a quick-witted response or no response at all, but either way, you always knew where he stood. He had a comfortable way about him, making spending time together easy and relaxing. Dale was a consistent, steady, dedicated, and hard-working man.

In his younger days, he was a pit member at the stock cars, Demolition Derby Champion in 1980 (he had a big trophy to prove this), outdoorsman that loved camping, hunting and fishing. Fishing took on a whole new meaning after catching halibut in the ocean, he didn’t want to go back to catching jackfish. He also loved hockey, golf, curling, bingo, Las Vegas, the slot machines and his parrot Jobbie. His newest hobby was his iPad, which included facetime.

Dale was predeceased by his son Greg in 1984; his parents Archie and Mary; as well as his in-laws Melvin and Irene.

No funeral will be held as per Dale’s wishes. Burial will take place in the spring at Lake Saskatoon Cemetery.