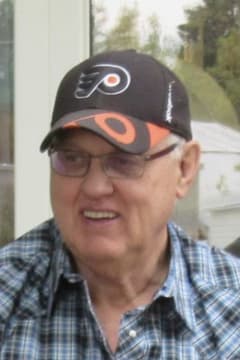 Al passed away surrounded by his family on Saturday, January 21, 2023, at Grande Prairie Regional Hospital after a short battle with cancer, at the age of 75 years.

Al was a resident of Clairmont, AB, and was born in Moncton, NB, to Clifford Freeman and Mary Freeman Beverley (nee Dale).

In Al’s youth, he could’ve been described as a rebel with a bit of a wild side. As a young man in Moncton, Al worked as a well driller and for the Canadian National Railway for a time before moving to Lynn Lake, MB, to work in the mine. He then joined the Canadian Armed Forces but soon moved back to Manitoba to Leaf Rapids.

He met the love of his life, Shari, when a friend told her she needed to meet “this guy because he’s so nice.” After a few months of dating, Shari’s children Rhonda and Brad asked Al if he was going to marry their mom, to which he replied, “You will have to talk to your mother about that.” A few months later, Al phoned home and told his mom, “I’m married, her name is Shari, and there are 2 more names, Rhonda and Brad.” Baby Ian came along late the following year.

Al and Shari were pioneers in the brand-new community of Leaf Rapids. Over the next couple of years, they lived in Bjorkdale, SK, and Thompson, MB, before settling in The Pas in 1978, where Al was a millwright at the sawmill for 20 years.

Al and Shari moved to Clairmont in 2001, where he worked at De-In Industries and then at the QEII Hospital where he spent 17 years as a millwright in the maintenance department. Al was a mentor there to many apprentices over the years. Many of the staff loved him and called him “Big Poppa.”

Al was a family man, and a man of great faith. He was hard working, dependable, loving, big-hearted, funny, down to earth, generous, and solid. He was complex, but in a very subtle way. He was known as a gentle giant who always saw the positive side to everything. His arm could be falling off and when asked how he was, he’d more than likely reply, “AWESOME!” accompanied by two thumbs up. Al possessed integrity, was always happy, and deeply spiritual.

Al loved cheering on his Philadelphia Flyers but was most happy being with his beloved Shari and their family. He especially loved spending time with them while camping and enjoying the outdoors. Al’s other joy was his church, and he played a large part in making the Worship Centre a reality.

The loss felt with the passing of Al is immeasurable. He was so much to so many people. One word that comes up often in conversation is “hero.” His grandchildren especially idolized him, and his morals and integrity were a beacon for how they now live their lives and are raising their own children. His legacy will live on for many generations to come.

He was predeceased by his parents; two infant siblings Maryann and Michael Patrick; his brother Jerry; as well as grandson Braedon.

The family would like to thank the staff of Grande Prairie Cancer Centre, GPRH Emergency Unit C, and Unit 22. They are forever grateful to their church family at the Worship Centre.

A Livestream of the service will be accessible 15 minutes prior to the service on Al’s obituary on Oliver’s Funeral Home website.

In lieu of flowers, if you would like to make a memorial donation, the family would appreciate donations be made to The Worship Centre (9710 102 St., Grande Prairie, AB, T8V 2V2).