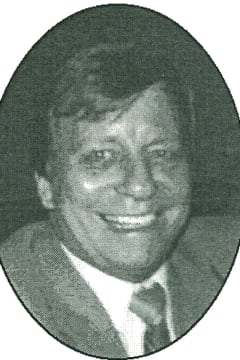 On Tuesday, April 13, 1999 Alexander William (Sandy) Zahara, a longtime resident of Grande Prairie, Alta. passed away at his home at the age of 63 years.

Alex was born on June 6, 1935 to Sandyk and Lena Zahara at their home in Greenway, Alta. Alex farmed with his parents in the Greenway district and then as a young man ventured out on his journey. Alex worked as a baker, logger, various construction jobs, pulp mill, grain buyer, and the Grande Prairie Regional College as maintenance foreman from 1973-1990.

Alex married Sharon Thornton on July 23, 1966. From this marriage, they were blessed with two children, Margo Jane on November 2, 1966 and Sandy Dean on October 31, 1967. Ten years ago, Alex was blessed with his grandson, Joshua whom he enjoyed and spent many happy playful hours with.

Alex and Sharon were divorced but remained friends through life. Alex remarried to Annette Toutant on November 7, 1993 and through this marriage he gained more children, Jamie and Shane Adair and within six years, he was blessed with five more grandchildren.

Alex will hold a very special place in the hearts of many relatives and friends.

In lieu of flowers, donations may be made to the Alberta Heart and Stroke Foundation or the Canadian Cancer Society.